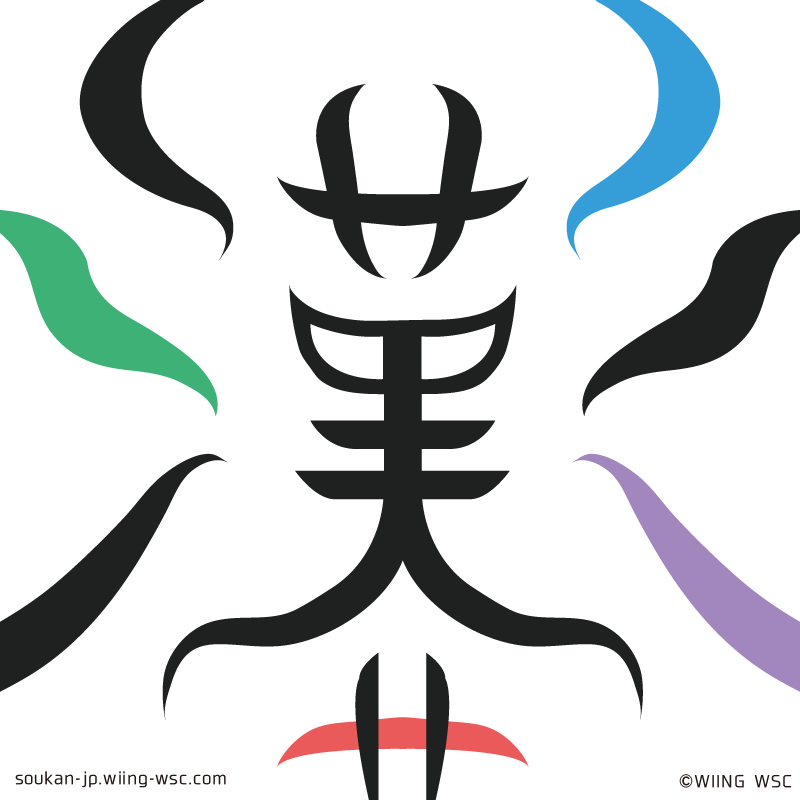 Why we design kanji

We Japanese write sentences using three types of characters, kanji, hiragana and katakana. Among them, many kanji are complicated, and the kanji with many strokes (the number of lines of one character) is difficult, and many kanji can be written correctly by all.

We thought it would be fun to design a kanji that was simple to complex, so we decided to start a service to design original kanji.

I would like to review the charm of kanji again

Japanese learn kanji from their childhood, and many children learn the penmanship of painting letters with black liquid called ink. To be honest, the calligraphy itself has never been useful in real life, but it is included in the elementary school curriculum. As modern Japanese use smartphones and emails a lot, adults rarely write letters. Every year, the number of Japanese who show their goodness in letters learned by using calligraphy is decreasing.

However, the beauty of the form of the kanji itself, the variety of meanings expressed in one letter, and the multiple mysterious readings are both attractive and rational and irrational. That's why I wanted to give "Kanji" a further evolution by designing "Kanji" that has evolved uniquely in Japan.

There were no letters in Japan.

It is said that P-Japan originally had no letters, and it is said that the letters and kanji introduced from China in the 4th to 5th centuries were adopted and used in earnest.

Originally it is KANJI, so the reading and the shape of the characters have been customized for Japan and are still in use today.

What is unique is that there are "Hiragana" and "Katakana" derived from Kanji in Japan, and it has an unusual character culture that uses these three types of characters together to create sentences.

Kanji makes its own evolution in Japan